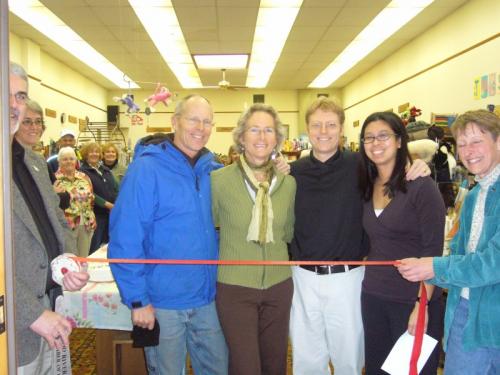 
Muir was born and raised in the Hood River area, and has returned to Hood River after working as a software engineer in Beaverton, Oregon.  Muir graduated from Oregon State University with a degree in Computer Engineering.  His favorite memory of Waucoma is walking back to the children's section and smelling the aroma of freshly ground coffee in the store.  For a long time he thought that all bookstores were supposed to smell like freshly ground coffee - sadly, he was often disappointed. 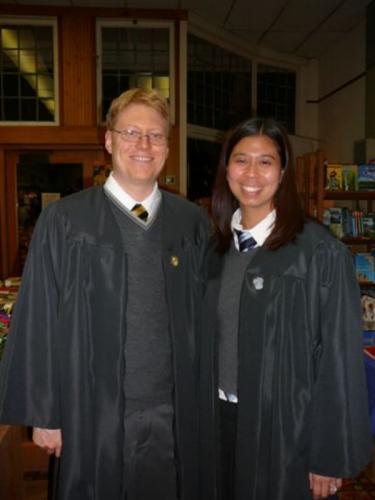 Jenny was raised in the Portland area, and is married to Muir.  She is a graduate of Oregon State University with a Business degree in Management Information Systems, and also has an additional degree from Portland State University in Finance, Management, and Human Resources.   Jenny loves to read and was the kid that checked out 10-20 books each time from the library and read them all.  Jenny enjoys working at Waucoma and thinks it’s a lot better than working in an office cubical! 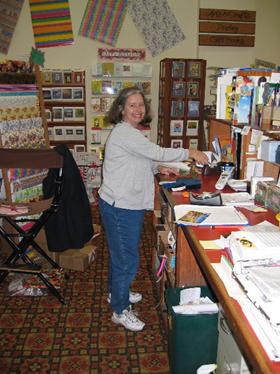 Patty was born and raised in the Seattle area and moved to Hood River in 1983.  She loves to read (a Waucoma must!) and belongs to one of Hood River's longest running book clubs. Another of her favorite activities is gardening.  She currently lives in Hood River with her husband and has two children--a son and a daughter who have graduated from college. 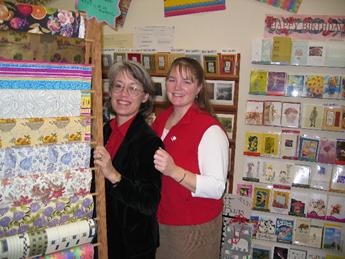 Waucoma's resident whale and dolphin guardian made her way from Cape Cod to Oregon via the University of Colorado (as an English major). Besides working at Waucoma, Jacqueline manages Hood River's Celilo Restaurant and Bar (a favorite eatery for both locals and tourists) and designed a successful "Reduce, Reuse, & Recycle" program for the restaurant. Jacqueline maintains balance with frequent mini-vacations with good friends. A Scrabble enthusiast, Jacqueline (note: not "Jackie") has a smile for everyone and a fun-loving attitude. 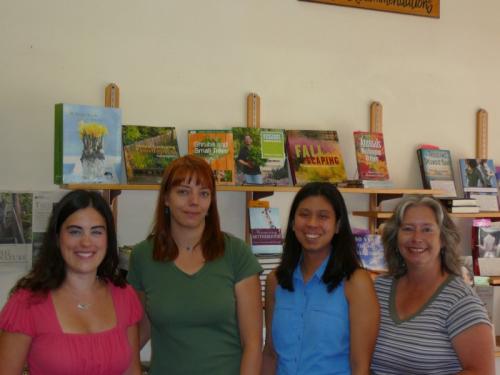 Sasha was born and raised in the Hood River area, and has returned to Hood River after completing her B.A. in Classical Philology at the University of Dallas. She has loved books and Waucoma Bookstore since she was three years old, and thinks working with them is the best job ever!

Heather loves to ski and spends a lot time outdoors.  If she's not in the bookstore, you can find her up on the mountain skiing or coaching a couple of the local ski teams.  Heather also loves to read and enjoys lots of different genres, from classics to memoirs to poetry to cookbooks.  She has a degree in creative writing and writes in her spare time.

Deborah hails from Texas, but is a Pacific Northwest girl at heart.  She loves the outdoors and is working on a master's degree in environmental education.  During the summer, you can find her out in the woods teaching kids about the environment or out on the river kayaking.
Kathy


Kathy is a retired university librarian.  She loves a good mystery.  Kathy keeps us organized and always makes sure we have coffee!