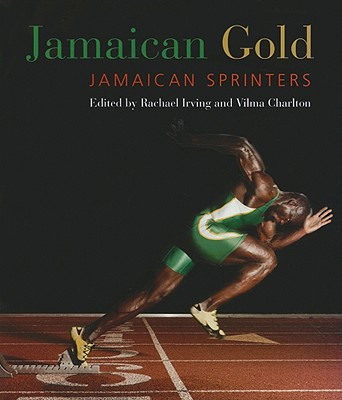 "Riddle me this, riddle me that, guess me this riddle, and perhaps not: A we run things, things no run we. Who could that be?" One possible answer: Jamaican sprinters.

Enquiring minds want to know: Why do Jamaicans run so fast? Usain Bolt may be the most recent and the most spectacular Jamaican practitioner of the art of speed, but he and Shelly- Ann Fraser stand on the shoulders of giants of both genders, heirs to a pedigree that goes back at least a hundred years to the teenaged Norman Manley and before.

For years before the explosion of "Lightning" Bolt on the Beijing Olympics track, the consistent speediness of men and women from this small island had been the subject of serious and humorous speculation, pride and "su-su". What is the "gold" that is mined so consistently by Jamaican sprinters that permits the little country to claim a place among the top five countries, measured in terms of medals per capita of population, in almost every Olympics since the Second World War - and all on the basis of athletics, mostly the sprints (400 metres and under)?

Can science explain it? Does the touchy area of genetics - even though, scientifically speaking, there's no such thing as "race" - explain it? For instance, all the current world record holders for the sprints - and most of the former for the past fifty years or so - have been born in the Americas, descendants of slaves of West African lineage. Is running fast "in the blood", so to speak? Or is it as simple as the varieties of yam (twenty-two at last count) to be found on the hills of Jamaica and in the stomachs of its people?

Behind the simple tales of the tape are theories and questions that have attracted fourteen specialists from a range of disciplines, from biochemistry to physiology, from genetics to psychiatry, each with an insight, a piece of the puzzle. Jamaican Gold presents research and argument, history and biography - and much more - for the specialist and the sports fan, for the academic and the coach, in one attractive, easy-to-read volume, packed with photographs and illustrations, including a special section of memorable photos of the heroes of yesteryear and today.

With Jamaican Gold to hand, the London Olympics will be just as thrilling, and you'll be closer to answering the question: Why do those Jamaicans run so fast?