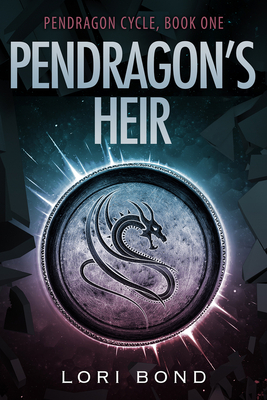 Out of Print
Elaine Taylor has a stereotypical suburban life: a stay-at-home mom, an accountant dad, a normal start to her junior year of high school. Sure, sometimes images pop into Elaine’s head—images that stay with her until she draws them—but that isn’t weird. That’s artistic inspiration. But it turns out her “artistic inspirations” predict the future, and Elaine’s regular world falls apart. Having been identified as a powerful Seer and kidnapped from the school parking lot, Elaine finds herself trapped in a world of superheroes, secret government agencies, and terrorist groups. Now, instead of her typical suburban life, Elaine becomes the permanent house guest of the eccentric superhero Pendragon and his wife. Elaine’s days are filled with robotic Knights of the Round Table, combat training, and honing her psychic skills. Still, since Elaine plans on surviving her new life, she’ll do whatever it takes—even learn to fight in robotic armor and make friends with the too-hot for his own good spy assigned to her for her safety. And if she has to endure another kidnapping attempt? That isn’t weird. That’s the life of a superhero.
Lori Bond is the author of teen books featuring spies, crooks, and those who want to be spies or crooks. She lives in Denver, Colorado with her family.