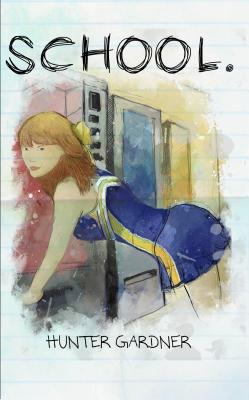 Lucas Donovan and Jake Holden are lifelong best friends in Wilson, North Carolina who face change and uncertainty when their parents decide to send them to the local private school. The two find their niche when Lucas's economic mind realizes that they can become suppliers for whatever it is people want-namely a new drug they nickname The Party Starter. As the market increases, so do the stakes, as Lucas and his assembled crew find themselves at odds with rival drug dealers, the police, and the school administration.

First published at age sixteen, Gardner is a lifetime writer, from short fiction to songs to comedy sketches. School. (Bitingduck Press, 2014) was written over the course of two years while living in Raleigh, North Carolina. Gardner currently resides in Charleston, SC, where he has written for Charleston Magazine and several other local publications.