Capoeira: An Exercise of the Soul (Paperback) 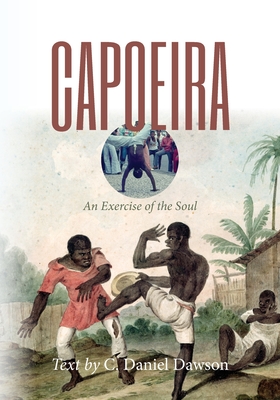 Capoeira: An Exercise of the Soul (Paperback)

The Atlantic slave trade caused havoc on the cultures and political states of Africa and led to the forced migration of millions of Africans to the Americas. The Africans could not bring their material cultures and artifacts, but most important, they brought their histories and cultures-philosophies, languages, political structures, and religious and artistic expressions. Hundreds of societies were established throughout the Americas by Africans who had freed themselves. These societies were called maroons in the United States, palenques in the Spanish-speaking countries, and quilombos or mocambos in Brazil. The most famous mocambo was the Quilombo dos Palmares, which existed for almost one hundred years as an independent nation made up of Africans, indigenous peoples, and poor whites. Many of these societies had their system of self-defense or martial arts, which, not surprisingly, had their origins in Africa. Africans practiced a variety of martial arts. From the top of northern Africa to the bottom of southern Africa, there were and still are hundreds of fighting styles that emphasized skill, technique, and intelligence over brute force. One of the martial arts that sprang from the connection between Africa and the Americas is capoeira angola, which is still played in Brazil and around the world today. Design for young readers, and packed with over 30 illustrations, this book tells the story of Capoeira Angola.