Blight of the Arachna (Paperback) 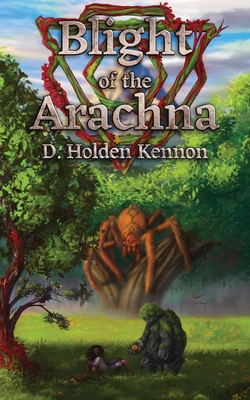 Blight of the Arachna (Paperback)

Once, Heroes walked this land.

Larger-than-life warriors from another world, the Heroes kept people safe. After they vanished, however, monsters ran rampant, steadily overtaking cities and making the roads impassable.

Now, the village of Toriath is slowly dying. Castor would do anything to save his family and neighbours, but as the smallest and youngest townsperson, he simply isn't strong enough to do much other than run errands.

When he hears a rumour that could mean the town's salvation, his chance has finally come to save Toriath and to prove his worth. However, it means venturing, alone, into the monster-infested wilds.

Castor may be the town's last hope--but only if he can survive the forest.