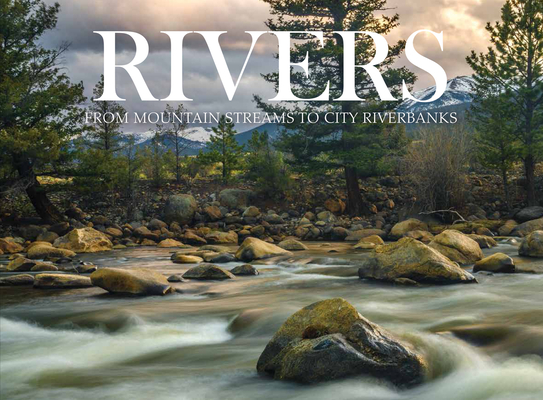 
On Our Shelves Now
Illustrated with more than 200 spectacular color photographs supported by expert captions, Rivers is a fascinating journey from the mountains to the sea.
Being essential to the survival of civilizations, rivers run through mythology--think of ancient Egypt--and religion--think of the Ganges and Hinduism. And they continue to inspire writers and artists--think of Mark Twain's Mississippi and John Steinbeck's Salinas. From the Ganges rising in the Himalayas to the Nile Delta, from the Amazon rainforest to the Bow River flowing out of the Rocky Mountains, from the Rhine to the Rhone, Yangtze to the Mekong, Danube to the Volga to the Ebro, Rivers explores the grandest and most interesting rivers around the world. Arranged by continent, the book reveals the fascinating stories of how rivers have supported and shaped civilizations, the significance that rivers have gained in religion and myth, the battles that have been fought over them, the borders that they have marked, and how rivers have altered their courses, thus changing lives and livelihoods.
Claudia Martin is a travel writer who has contributed to many guidebooks and magazines. She is also the author of books on history, geography, and culture for adults and young people.