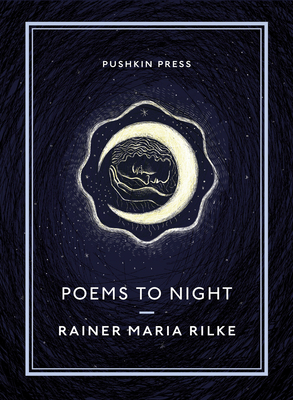 By Rainer Maria Rilke, Will Stone (Translated by)


On Our Shelves Now
A collection of haunting, mystical poems of the night by the great Rainer Maria Rilke - most of which have never before been translated into English

One night I held between my hands
your face. The moon fell upon it.

In 1916, Rainer Maria Rilke presented the writer Rudolf Kassner with a notebook, containing twenty-two poems, meticulously copied out in his own hand, which bore the title "Poems to Night." This cycle of poems which came about in an almost clandestine manner, are now thought to represent one of the key stages of this master poet's development.

Never before translated into English, this collection brings together all Rilke's significant night poems in one volume.
Rainer Maria Rilke (1875-1926) is one of the great German writers. A master of both poetry and prose, he is best known for Duino Elegies, Sonnets to Orpheus and The Notebooks of Malte Laurids Brigge.