The Wolf of Cape Fen (Hardcover) 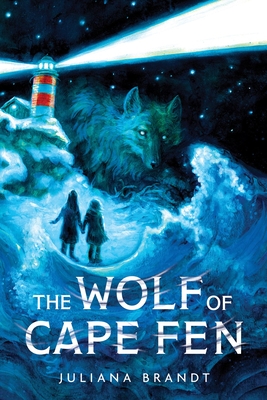 The Wolf of Cape Fen (Hardcover)

Beyond the Bright Sea meets Echo in this story of a young girl who must break a magical bargain before an enchanted wolf steals her sister away.

First Frost has touched Cape Fen, and that means Baron Dire has returned. For as long as anyone can remember, Baron Dire has haunted the town come winter, striking magical bargains and demanding unjust payment in return. The Serling sisters know better than to bargain, lest they find themselves hunted by the Baron's companion, the Wolf.

And then the Wolf attacks Eliza's sister Winnie. They manage to escape, but they know the Wolf will be back. Because Winnie would never bargain, so that must mean that someone has struck a deal with Winnie as the price.

Eliza refuses to lose her sister and embarks on a journey to save her. If Eliza can learn the truth, she might be able to protect her sister, but the truth behind the bargain could put her own life in danger.

"Brandt's striking debut is eerie and intriguing, set in a deftly built world that feels both cozily familiar and unsettlingly odd. A stunning seaside fairy tale that will absorb readers until the very end."--Booklist