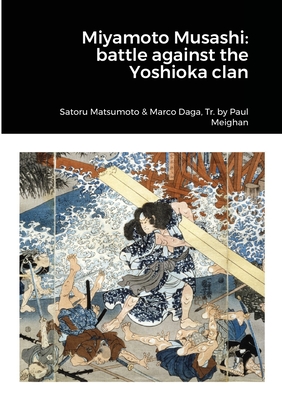 
Usually Ships in 1-5 Days
Abridged edition from: Yoshioka: dyers and swordsmen of Feudal Japan, 1540-1615 In the capital of the political power of feudal Japan, Kyoto, around 1540, a clan of formidable swordsmen who had previously dedicated themselves to trade and the production of colors for dyeing fabrics began to emerge. However, their exploits as master swordsmen lasted only four generations; they then died out or had to return to their previous economic activities. More than for their skills as instructors of the house of the shogun, they, in fact, went down in history for a number of battles lost against Shinmen Munisai, and his legendary son, Miyamoto Musashi. In the stories passed down to us, truth and myth are blurred, leaving the researcher and the reader with many unanswered questions and doubts. Who were the Yoshioka? When did their exploits as swordsmen begin? Where did their martial art come from? Who were their opponents? Were they really defeated or killed in duels against Miyamoto Musashi?