The View from Split Rock: A Lighthouse Keeper's Life (Paperback) 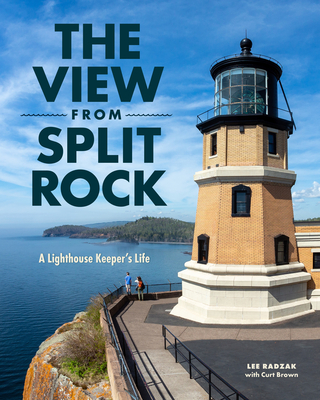 The View from Split Rock: A Lighthouse Keeper's Life (Paperback)

By Lee Radzak, Curt Brown (With)


Usually Ships in 1-5 Days
Split Rock Lighthouse is a Minnesota icon: a handsome structure perched atop a cliff on Lake Superior's North Shore, gorgeous in every weather, a lonely outpost overlooking the vastness of the lake. Except that this lighthouse is not lonely. It's one of the state's most visited historic sites. In 1982, Lee Radzak and his wife, Jane, moved into the middle keeper's house at Split Rock Lighthouse, launching Lee's career as the site's resident manager. Over the next 36 years, they raised a family, marveled at the lake's beauty, endured gigantic storms, and answered the questions posed by more than four million visitors. Working with journalist and author Curt Brown, Radzak takes readers into the everyday experiences, the remarkable surprises, and the seasonal round of the life of a lighthouse keeper at Split Rock. He also discusses its construction in 1909, the technology that has powered the light and the foghorns, the stories of its keepers, and his decision in 1985 to light the beacon in memory of the crew of the Edmund Fitzgerald. Illustrated with pictures taken by Radzak and other talented photographers, this book offers a guide to and a stunning visual portrayal of life at Split Rock.