If I Ever Get Out of Here: A Novel with Paintings (Prebound) 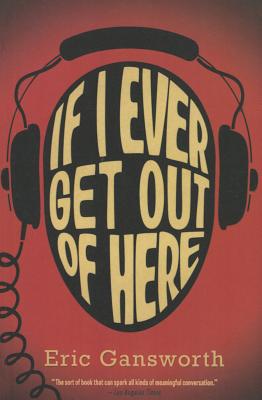 If I Ever Get Out of Here: A Novel with Paintings (Prebound)

Out of Print
Now in paperback: The debut novel Laurie Halse Anderson praised for "fearlessly laying down the truth" about friendship, poverty, and the joys of rock 'n' roll.
Lewis "Shoe" Blake is used to the joys and difficulties of life on the Tuscarora Indian reservation in 1975: the joking, the Fireball games, the snow blowing through his roof. What he's not used to is white people being nice to him -- people like George Haddonfield, whose family recently moved to town with the Air Force. As the boys connect through their mutual passion for music, especially the Beatles, Lewis has to lie more and more to hide the reality of his family's poverty from George. He also has to deal with the vicious Evan Reininger, who makes Lewis the special target of his wrath. But when everyone else is on Evan's side, how can he be defeated? And if George finds out the truth about Lewis's home -- will he still be his friend?
Eric Gansworth is a Professor of English and Lowery Writer-in-Residence at Canisius College in Buffalo, New York. An enrolled member of the Onondaga Nation, he was born and raised at the Tuscarora Reservation in Niagara County in upstate New York. His short stories, poetry, and nonfiction have been printed and reprinted in many literary magazines and anthologies, and his dramatic work has appeared at the Public Theater in New York City. Eric lives in Niagara Falls, New York. Please visit his website at www.ericgansworth.com.