Earl the Squirrel and His Unexpected Friend (Hardcover) 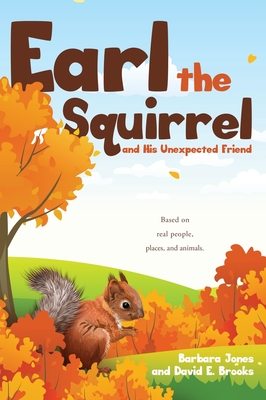 Earl the Squirrel and His Unexpected Friend (Hardcover)

I grew up in Lenox, Tennessee, a small farming community in Dyer County. I was truly a country girl. My Dad was a sharecropper, and my mother worked in a school cafeteria. We all worked in fields of cotton, corn, and tomatoes.

After graduating from Dyersburg High School, I met and married my husband. He had already received a degree from a Bible College. We started working on our goals to become teachers. I received my BSE from Bethel University in McKenzie, Tennessee. We both received our Master's Degree from Memphis State University. My husband was a minister and a school administrator. I lost him to cancer in 1995, at the age of 61.

I have had a lifelong passion for books. I taught 5th Grade for thirty years. I read to my students for 15 minutes every day after lunch. Many of my former students have told me that they were inspired to become readers.

The Co-writer of this book is a former 5th Grade student dating back to the early 1960's.

I was raised on a farm in a small community called Barbwire, Tennessee. I chopped cotton, corn, or whatever else Dad had planted. My mother worked hard raising my five brothers and one sister.

After graduating from high school, I enlisted in the United States Army where I served my country for three years. At the end of my enlistment, I attended Dyersburg State Community College. At DSCC, I played on the baseball team and received my Associates Degree in Education. I completed my Bachelor of Science Degree in Secondary Education at the University of Tennessee at Martin. I taught at the middle school level for 30 years, during which time, I coached football, basketball, and tennis.

I have served as youth director and later, pastor of several churches. My calling was always to be a teacher. The inspiration behind my calling to teach was my 5th Grade teacher, and coauthor of this book, Mrs. Barbara Jones.