The First Pharaohs: Their Lives and Afterlives (Hardcover) 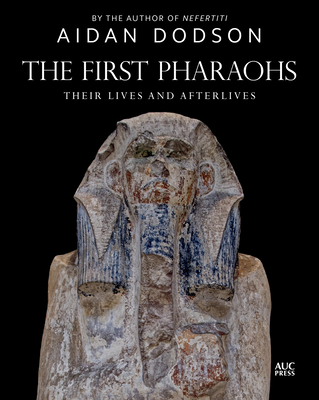 The First Pharaohs: Their Lives and Afterlives (Hardcover)

A richly illustrated account of the rulers of the first three dynasties of the ancient Egyptian civilization, written by renowned Egyptologist Aidan Dodson

The five centuries that followed the unification of Egypt around 3100 BC--the first three dynasties--were crucial in the evolution of the Egyptian state. During this time all the key elements of the civilization that would endure for three millennia were put in place, centered on the semidivine king himself. The First Pharaohs: Their Lives and Afterlives looks at what we know about the two-dozen kings (and one queen-regent) who ruled Egypt during this formative era, from the scanty evidence for the events of their reigns, through to their surviving monuments. It also considers how they were remembered under their successors, when some of the earliest kings' names were attributed to allegedly ancient ideas and events, and the ways in which some of their monuments became tourist attractions or were even wholly repurposed. Aidan Dodson recounts how two centuries of modern scholarship have allowed these rulers to emerge from an oblivion so total that some archaeologists had come to doubt their very existence outside the works of ancient chroniclers. Then, within a decade at the end of the nineteenth century, archaeological discoveries revealed a whole series of tombs and other monuments that not only confirmed these rulers' existence, but also showcased the skills of Egyptian craftsmen at the dawn of history.
Aidan Dodson is honorary professor of Egyptology in the Department of Anthropology and Archaeology at the University of Bristol, UK, was Simpson Professor of Egyptology at the American University in Cairo in 2013, and chair of the Egypt Exploration Society during 2011-16. Awarded his PhD by the University of Cambridge in 2003, he was elected a fellow of the Society of Antiquaries of London in 2003. He is the author of over twenty books, most recently Nefertiti, Queen and Pharaoh of Egypt: Her Life and Afterlife (AUC Press, 2020).