Restart After Coming Back Home (Paperback) 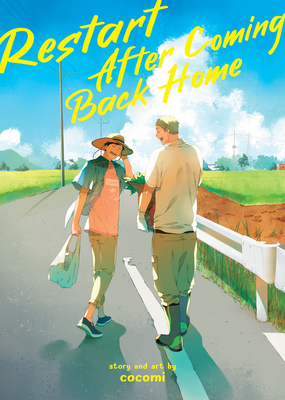 Restart After Coming Back Home (Paperback)

This is book number 1 in the Restart After series.

The touching Boys' Love romance that inspired a live-action film! (Continued in the sequel book Restart After Growing Hungry.)

Hotheaded Kozuka Mitsuomi left his home in the country for a sophisticated life in Tokyo. Unfortunately, at age 25, he’s fired from his job and returns home in disgrace. As he tries to rediscover himself, he meets Kumai Yamato, a man about his age who was adopted into his community while Mitsuomi was away. The sweet and even-tempered Yamato is hiding his own pain, and as the two men connect, they start a journey together.

cocomi is a Japanese manga creator best known for BL works including
Restart After Coming Back Home and Restart After Growing Hungry.