The Stolen Prince of Cloudburst (Paperback) 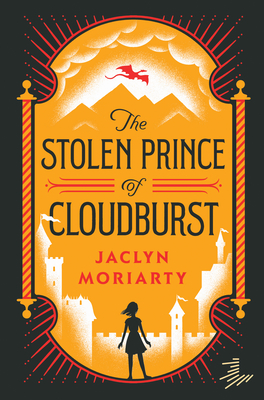 The Stolen Prince of Cloudburst (Paperback)


On Our Shelves Now
NOW IN PAPERBACK!

★ "A delightfully quirky story with nuance, depth, and a colorful cast of characters, this book begs for multiple readings."
—School Library Journal (starred)

★ "Like a middle-grade version of Terry Pratchett's Discworld—fantasy adventure steeped in humor, with a touch of satire, and set in a whimsical secondary world of the highest order."
—Booklist (starred)

"The tale crescendos to an uplifting close that promotes honesty, bravery, and self-confidence."
—Publishers Weekly

When she starts the year at boarding school in earnest, she quickly notices something isn't quite right. Her two best friends are mysteriously missing. There are rumors her new teacher is secretly an actual ogre. And the scenic mountains of her quaint little town are teeming with Shadow Mages and danger.

As secrets and dangers escalate, Esther must find the answers to several puzzles. Why is her teacher behaving so oddly? Which of Esther's classmates is the Spellbinder, and can they really protect the school from gathering hordes of Shadow Mages? Could the Stolen Prince of Cloudburst be connected?

How can Esther – who is not talented like her sisters, nor an adventurer like her cousin, but just Esther – save her family, her school and possibly her entire world?
Jaclyn Moriarty is the award-winning author of uniquely creative and readable books for adults and young readers including The Year of Secret Assignments, the Colors of Madeleine trilogy, The Extremely Inconvenient Adventures of Bronte Mettlestone, and The Stolen Prince of Cloudburst. One of the talented and popular Moriarty sisters (including Liane and Nicola), Jaclyn lives in Sydney, Australia. She is very fond of chocolate, blueberries, and sleep.