The Secret Life of Fungi: Discoveries From a Hidden World (Hardcover) 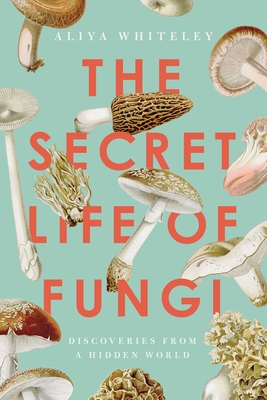 The Secret Life of Fungi: Discoveries From a Hidden World (Hardcover)


Usually Ships in 1-5 Days
Fungi are unlike any other living thing—they almost magically unique. Welcome to this astonishing world. . .

Fungi can appear anywhere, from desert dunes to frozen tundra. They can invade our bodies and live between our toes or our floorboards.  They are unwelcome intruders or vastly expensive treats, and symbols of both death and eternal life. But despite their familiar presence, there's still much to learn about the eruption, growth, and decay of their secret, interconnected, world.

Aliya Whiteley has always been in love with fungi—from her childhood taking blurry photographs of strange fungal eruptions on Exmoor to a career as a writer inspired by their surreal and alien beauty. This love for fungi is a love for life, from single-cell spores to the largest living organism on the planet; a story stretching from Aliya's lawn into orbit and back again via every continent.

From fields, feasts and fairy rings to death caps, puffballs and ambrosia beetles, this is an intoxicating journey into the life of an extraordinary organism, one that we have barely begun to understand.
Aliya Whiteley's writing has appeared in numerous places, including The Guardian, McSweeney's Internet Tendency and anthologies such as Unsung Stories: This Dreaming Isle and Lonely Planet's Better than Fiction I and II. Her novella for Unsung Stories, "The Beauty," was shortlisted for a Shirley Jackson Award. Her recent novel, The Loosening Skin, has been shortlisted for The Arthur C. Clarke Award.
“Whiteley ruminates whimsically on her experiences foraging, cooking, and researching mushrooms. Nature lovers will enjoy this compendium of trivia and musings. Budding fungi enthusiasts, take note.”
— Publishers Weekly

"A seasoned British mycophile presents a feast of fungi, benign and malign. No less scientific for its whimsicality, Whiteley’s charming, informative survey of fungus reveals many little-known facts about a vast array of species, stressing that life as we know it would not be possible without the roles played by these unique organisms."
— Kirkus