Letters of the Late Ignatius Sancho, an African (Paperback) 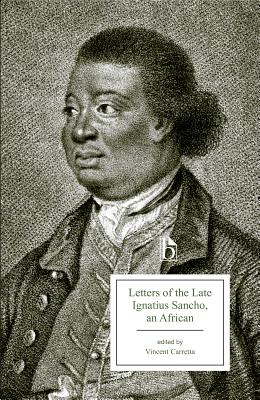 Letters of the Late Ignatius Sancho, an African (Paperback)

A contemporary critic described Ignatius Sancho as "what is very uncommon for men of his complexion, A man of letters." A London shopkeeper, former butler, and descendant of slaves, Sancho was the first author of African descent to have his correspondence published. He was also a critic of literature, music, and art; a composer; and an advocate for the abolition of slavery. Sancho's letters reveal an avid reader and prolific author, and his epistolary style shows a sophisticated understanding of both private and public audiences. Even after the abolition of the slave trade, proponents of equal rights on both sides of the Atlantic continued to use Sancho as an exemplar of the intellectual and moral capacity of people of African descent.

In addition to the annotated letters by Sancho, this edition includes Laurence Sterne's letters to Sancho, Sancho's surviving autograph writings, and a selection of the many eighteenth-century responses to Sancho and his letters.

Vincent Carretta is Professor of English at the University of Maryland.