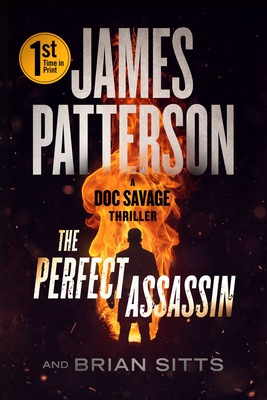 
Usually Ships in 1-5 Days
Prof. Brandt Savage—grandson of the legendary action hero—is forced into a top-secret training program where he discovers his true calling...as the perfect assassin.

Dr. Brandt Savage is on sabbatical from the University of Chicago. Instead of doing solo fieldwork in anthropology, the gawky, bespectacled PhD finds himself enrolled in a school where he is the sole pupil. His professor, “Meed,” is demanding. She’s also his captor.

Savage emerges from their intensive training sessions physically and mentally transformed, but with no idea why he’s been chosen, and how he’ll use his fearsome abilities. Then his first mission with Meed takes them back to her own training ground, where Savage learns how deeply entwined their two lives have been. To prevent a new class of killers from escaping this harsh place where their ancestors first fought to make a better world, they must pledge anew : Do right to all, and wrong to no one.
James Patterson is the world's bestselling author. The creator of Alex Cross, he has produced more enduring fictional heroes than any other novelist alive. He lives in Florida with his family.