No Summit out of Sight: The True Story of the Youngest Person to Climb the Seven Summits (Hardcover) 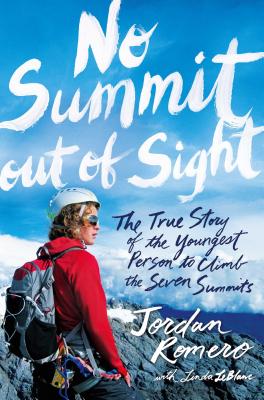 No Summit out of Sight: The True Story of the Youngest Person to Climb the Seven Summits (Hardcover)

By Jordan Romero, Linda LeBlanc (With)


Email or call for price
Jordan Romero climbed Mount Everest at age thirteen—and he didn’t stop there. In this inspiring young adult memoir, he tells how he achieved such great heights.