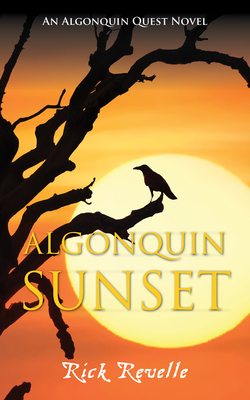 This is book number 3 in the Algonguin Quest Novel series.

Anok and his sister Pang Mahingan have grown up, and now face a decision that will change their lives forever.

Twelve years after Mahingan was wounded battling for his life against the Haudenosaunee warrior known as nenhste Erhar (Corn Dog), we rejoin his family and learn what fate held for him.

Now, his children, Anok and Pang Mahingan, along with their twin cousins Makwa and W bek, are grown and have adult responsibilities. Still living with their Algonquin family, they have become a formidable fighting unit with the addition of three Mi kmaq warriors, E's, Jilte g, and the fierce Elue wiet Ga qaquj.

However, there is danger in the land of the setting sun, and nothing is more dangerous than what the family is going to encounter from the fierce enemy of their new Anishinaabe allies: the Lak? ta.
Rick Revelle was born in Smiths Falls, Ontario, and raised in the Odessa and Wilton areas. He is a member of the Ardoch Algonquin First Nation. His two previous books in the Algonquin Quest series were I Am Algonquin and Algonquin Spring. He lives in Glenburnie, Ontario.