NATO and Warsaw Pact Tanks of the Cold War (Hardcover) 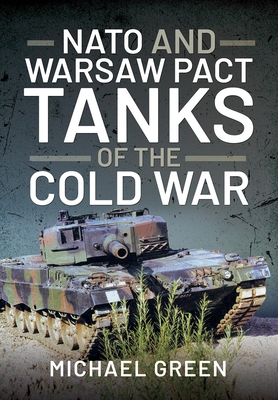 NATO and Warsaw Pact Tanks of the Cold War (Hardcover)


Usually Ships in 1-5 Days
The North Atlantic Treaty Organization (NATO) was formed in 1949 to counter the Soviet Union. In response the Soviets assembled and dominated the Warsaw Pact in 1954. The mainstay of both alliances' ground forces were their main battle tanks (MBTs). Initially both sides relied on Second World War tanks; in NATO's case the Sherman medium tank and its successor the M26 Pershing together with the British Centurion and the heavy Conqueror. The Soviets originally fielded the T-34-85 medium tank and the IS-2 and IS-3 heavy tank replaced by the T-10. Next came the T-54 followed by the T-55 and 155mm armed T-63 (1965). The T-64, T-72 and T-80 all with 122mm main armament, were the last Soviet MBTs of the Cold War. By contrast, NATO nations increasingly deployed a range of MBTs; the widely used American Patton series (M46 through M48), British Chieftain (1963) and Challenger (1982), French AMX-13 (1950) and AMX-30. From 1963 the Bundeswehr was equipped with the homegrown Leopard 1, and later, 2 (1979) MBTs. The US M60 series, M1 Abrams (1980), and more MBTs and variants are covered in expert detail in this superbly illustrated book. Written by leading military equipment expert and much published author, Michael Green, NATO and Warsaw Pact Tanks of the Cold War covers all Cold War Soviet/Warsaw Pact, U.S., British, French and German main battle tanks. It is an authoritative text covering technical data and deployments involved, and will appeal to equipment buffs, modelers, and war gamers. Green describes numerous variants and fully captions the superb images portrayed in this book.