The Kings and Queens of Britain (Paperback) 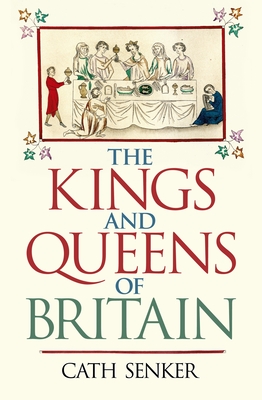 The Kings and Queens of Britain (Paperback)

For more than 1,000 years the British monarchy has dramatically shaped national and international history. Kings and queens have conquered territory, imposed religious change and extracted taxation, each with their own motivations and ambitions.

In this fascinating book, Cath Senker delves into the extraordinary history of the British monarchy, from Alfred the Great in the 9th century to the Windsors in the 21st. Key moments are explored, including the signing of the Magna Carta, the Battle of Hastings and the abdication of King Edward VIII, and the part they played in the rich tapestry of British history. Featuring remarkable photographs, timelines and text boxes, The Kings & Queens of Britain introduces a thousand-year history, providing rich biographical detail of Britain's remarkable monarchs.
Cath Senker is an author, editor and Royal Literary Fund Consultant Fellow. She has written numerous titles in the areas of history, biography and global and social issues for both adults and children. She is also a part-time consultant for the University of Sussex. Her most recent work, Stranded in the Six-Day War, was described by the BBC's Middle East editor, Jeremy Bowen, as 'a brilliantly researched and written account of an almost forgotten incident in the 1967 Middle East war'. She lives in Sussex.