Star Wars: The High Republic: The Battle for Starlight (Paperback) 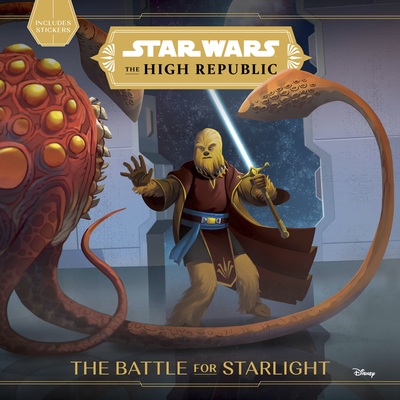 Star Wars: The High Republic: The Battle for Starlight (Paperback)


On Our Shelves Now
Two hundred years before the events of Star Wars: The Phantom Menace, in the era of the glorious High Republic, the Jedi are the guardians of peace and justice in the galaxy!

Another exciting storybook adventure featuring heroic Jedi and their Padawans as they fight the nefarious villains the Nihil! Includes full-color stickers!

The New York Times best-selling series continues....
George Mann is a Sunday Times bestselling novelist and scriptwriter. He's the creator of the Wychwood supernatural mystery series as well as the popular Newbury & Hobbes and Tales of the Ghost series, two of which are in development as television shows. He's written comics, novels, and audio dramas for properties such as Star Wars, Doctor Who, Sherlock Holmes, Judge Dredd, and Dark Souls. He's currently part of the writer's room on a forthcoming genre television show.

Geroge lives near Grantham, UK, with his wife, children, and two noisy dogs. He loves mythology and folklore, Kate Bush, and chocolate. He is constantly surrounded by tottering piles of comics and books.

"The High Republic has arrived and it is glorious."—Nerdist

"The High Republic is the fresh start Star Wars has been waiting for."—Cinema Blend