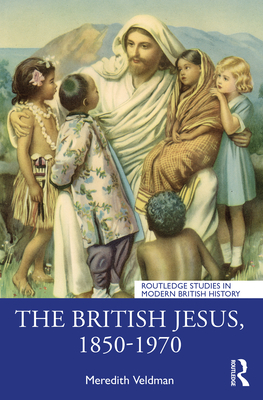 The British Jesus focuses on the Jesus of the religious culture dominant in Britain from the 1850s through the 1950s, the popular Christian culture shared by not only church, kirk, and chapel goers, but also the growing numbers of Britons who rarely or only episodically entered a house of worship.

An essay in intellectual as well as cultural history, this book illumines the interplay between and among British New Testament scholarship, institutional Christianity, and the wider Protestant culture. The scholars who mapped and led the uniquely British quest for the historical Jesus in the first half of the twentieth century were active participants in efforts to replace the popular image of "Jesus in a white nightie" with a stronger figure, and so, they hoped, to preserve Britain's Christian identity. They failed. By exploring that failure, and more broadly, by examining the relations and exchanges between popular, artistic, and scholarly portrayals of Jesus, this book highlights the continuity and the conservatism of Britain's popular Christianity through a century of religious and cultural transformation.

Exploring depictions of Jesus from over more than one hundred years, this book is a crucial resource for scholars of British Christianity in the nineteenth and twentieth centuries.

Meredith Veldman is a professor of history at Louisiana State University in Baton Rouge, Louisiana, USA, where she teaches courses in nineteenth- and twentieth-century British and Irish history, as well as twentieth-century Europe. Her recent publications include Margaret Thatcher: Shaping the New Conservatism (2016).