Taking the Ice: Success Stories from the World of Canadian Figure Skating (Paperback) 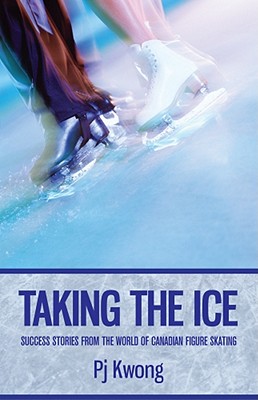 Taking the Ice: Success Stories from the World of Canadian Figure Skating (Paperback)


Email or call for price
Canada is synonymous with success in figure skating. "Taking the Ice" tells us about some of the people who have been instrumental in creating the "Ice Dynasty" that we have come to enjoy as Canadians. It all begins with the love affair between Canadians and Barbara Ann Scott, the 1948 Olympic Champion, and the book takes us right up to the stories of the Canadian Champions at the Vancouver 2010 Olympic Games: Patrick Chan, Jessica Dube and Bryce Davison, Olympic Bronze Medallist Joannie Rochette, and Olympic Champions Tessa Virtue and Scott Moir. Aside from skaters like Cranston, Stojko, Browning, Orser, Magnussen, Manley, Underhill and Martini, and Wilson and McCall, the book talks about the coaches who stood at the boards, including Burka, Galbraith, Leigh, and Perron. You will also get an inside look at choreographers Sandra Bezic, Lori Nichol, and David Wilson. As a PA announcer at the 2002 Olympic Games, Pj Kwong brings thirty seven first-hand personal accounts from people who were there behind the scenes during the judging scandal that rocked the figure skating world. Included are the stories from the athletes Jamie Sale and David Pelletier, coach Jan Ullmark, and NBC radio commentator Elizabeth Manley among many others. "Taking the Ice" is not just for skating fans but for everyone who loves the personal and human details in a story that connects us all.