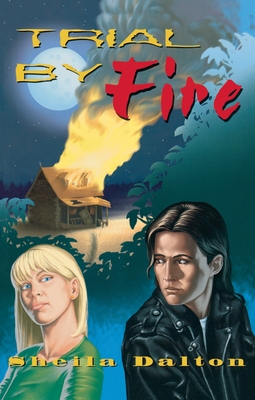 Seventeen year-old Nathan is running running from his past and running from his present. Raised by a white mother and never having known his native father, he must cope with prejudice and stereotypes. When he meets Sally, the beautiful outsider, he finds someone who believes in him. But when Sally's house is put to the torch by an arsonist, suspicion falls on Nathan and he finds himself embroiled in an intrigue and murder that threaten to drive the two teenagers apart.

Sheila Dalton has published children's picture books, poetry, and adult novels. She won third prize for her play Legacy in the University of Toronto Playwriting Competition. Trial by Fire, her first YA novel, was shortlisted for the Arthur Ellis Award. She lives in Newmarket, Ontario.