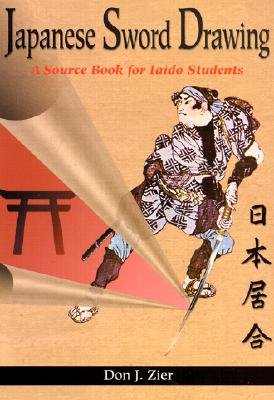 
Usually Ships in 1-5 Days
Japanese Sword Drawing is a complete guide to this esoteric aspect of sword fighting. Written by a noted master, this volume describes the techniques and katas of Muso Shinden Ryu.

Muso Shinden Ryu was founded by the great master Hayashi Jinsuke Shigenobu in the 16th century. Since that time, a succession of masters have guided the progress of the school, often adding katas and modifying techniques as their experiences dictated.

Illustrated with nearly 800 photographs, this book records many iaido forms that thus far have only been orally transmitted. It documents the three styles of sword-drawing taught in the Muso Shinden Ryu system, each of which is actually a complete art of sword-drawing in itself. In addition, the sei tei kata (official forms) of the All-Japan Fencing Federation and the All-Japan Sword-Drawing Federation are described in detail.