Back to the Garden: A Novel (Hardcover) 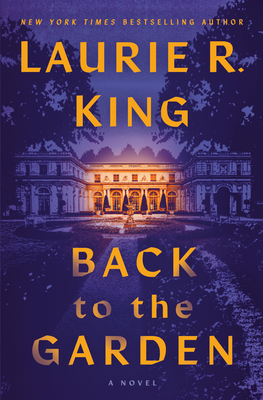 Back to the Garden: A Novel (Hardcover)

A magnificent house, vast formal gardens, a golden family that shaped California, and a colorful past filled with now-famous artists: the Gardener Estate was a twentieth-century Eden.

And now, just as the Estate is preparing to move into a new future, restoration work on some of its art digs up a grim relic of the home’s past: a human skull, hidden away for decades.

Inspector Raquel Laing has her work cut out for her. Fifty years ago, the Estate’s young heir, Rob Gardener, turned his palatial home into a counterculture commune of peace, love, and equality. But that was also a time when serial killers preyed on innocents—monsters like The Highwayman, whose case has just surged back into the public eye.

Could the skull belong to one of his victims?

To Raquel—a woman who knows all about colorful pasts—the bones clearly seem linked to The Highwayman. But as she dives into the Estate’s archives to look for signs of his presence, what she unearths begins to take on a dark reality all of its own.

Everything she finds keeps bringing her back to Rob Gardener himself. While he might be a gray-haired recluse now, back then he was a troubled young Vietnam vet whose girlfriend vanished after a midsummer festival at the Estate.

But a lot of people seem to have disappeared from the Gardener Estate that summer when the commune mysteriously fell apart: a young woman, her child, and Rob’s brother, Fort.

The pressure is on, and Raquel needs to solve this case—before The Highwayman slips away, or another Gardener vanishes.
Laurie R. King is the award-winning, bestselling author of seventeen Mary Russell mysteries, five contemporary novels featuring Kate Marinelli, and many acclaimed standalone novels such as Folly, Touchstone, The Bones of Paris, and Lockdown. King is an Edgar Award winner and was also named the 2022 Grand Master by Mystery Writers of America. She lives in Northern California, where she is at work on her next Mary Russell mystery.
Praise for Back to the Garden

“[Inspector Raquel] Laing’s investigation keeps the reader on the edge of their seat until the very last sentence. . . . Back to the Garden is the definition of a page-turner.”—Criminal Element

“Superb . . . starts strong and never loses momentum as it accelerates to an intense ending. . . . Back to the Garden is storytelling at its best.” —South Florida Sun Sentinal

“King skillfully misdirects the reader as the action builds to a surprising resolution. Laing . . . is a welcome addition to the ranks of contemporary female detectives. Hopefully, she’ll be back for an encore.”—Publishers Weekly

“Back to the Garden is a pleasant departure for Laurie R. King. It is so nice to see all original characters from her after being addicted to her wonderful Mary Russell and Sherlock Holmes series.”—Bookreporter


Praise for the award-winning novels of Laurie R. King

“The definition of binge-able.”—Los Angeles Times

“Truly memorable . . . Laurie King brings her always amazing imagination to the page to enthrall readers, as only she can do.”—Suspense Magazine

“As intelligent as it is entertaining.”—Chicago Sun-Times