Love in the Time of Bertie: 44 Scotland Street Series (15) (Paperback) 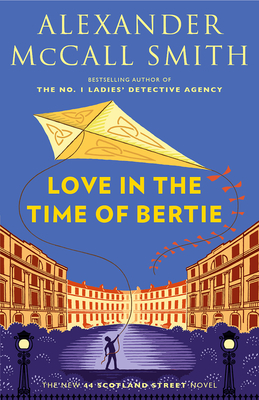 Love in the Time of Bertie: 44 Scotland Street Series (15) (Paperback)

This is book number 15 in the 44 Scotland Street Series series.

The latest installment in the delightful 44 Scotland Street series finds all our favorite residents up to their usual hilarious hijinks.

In the microcosm of 44 Scotland Street, all of life’s richness is found in the glorious goings-on of its residents. There’s Domenica, whose anthropological training has honed her observations of her neighbors; Matthew, whose growing triplets are more than a handful; Bruce, whose challenge as ever is thinking of anything but himself; and Big Lou, who may just have found her shot at romance. And of course, there’s young Bertie Pollock, whose starry-eyed explorations of Edinburgh’s New Town are a touching reminder that life itself is an adventure and there’s joy to be found wherever you choose to look.

ALEXANDER McCALL SMITH is the author of the No. 1 Ladies’ Detective Agency novels and a number of other series and stand-alone books. His works have been translated into more than forty languages and have been best sellers throughout the world. He lives in Scotland.
Praise for Alexander McCall Smith's 44 Scotland Street series:


• "McCall Smith's charming, quirky and exasperating characters make you smile in spite of yourself." --The Independent
• "Powerfully addicting fiction. . . . Delightful. . . . [A] graceful and always amusing depiction of the pleasures and problems of everyday life." --Entertainment Weekly
• "Very special. . . . Underpinned by a guiding moral intelligence. . . . Sense and humor fuse absolutely." --The Scotsman