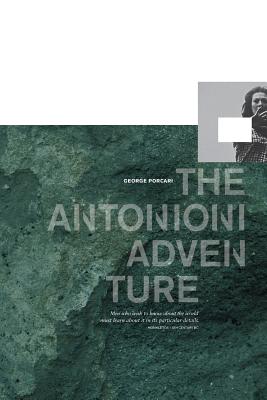 The Antonioni Adventure covers the work of Michelangelo Antonioni from L'Avventura to The Passenger. Antonioni, like other radical filmmakers of the immediate post-war period, most conspicuously Jean-Luc Godard and Pier Paolo Pasolini, observed society from what we might call an outraged critical perspective that sought to explore the resulting tragic contradictions of communities from inside the society that created them, and thereby establish a new aesthetic paradigm through a critical analysis that was fundamentally poetic. What was understood by these artists - as common ground - was that the post-war utopian promises of universal access - via the computer, electronic communication and media, along with greater high speed mobility - all presumably facilitated a new utopia, but one that by the late sixties was in deep crisis.

The Antonioni Adventure traces the Italian director's trajectory through the 1960s as he responded to that crisis in social mores, political/cultural wars, and a new emotional terrain. At the time all of this seemed very much like dangerous, uncertain, and uncharted waters. Longer essays on Blow-Up, Zabriskie Point and The Passenger detail the importance of those films as they explore the new contemporary social and emotional matrix. Antonioni's work fearlessly charted sensitive characters coping under the new postwar realities; conditions that are very much still with us today. What are those circumstances, and how did the characters in those works react to them - how and why did they succeed or fail?

While many filmmakers would explore the complex dynamics of relationships in the thorny postwar era, such as Ingmar Bergman, only in Antonioni's work do we see characters attempt to create emotional bonds in a peculiarly hyper-realistic modern context that is fundamentally antithetical to those emotions. The result is a sense of pathos and humor that is profoundly sympathetic to his characters without being sentimental or patronizing. His profound sense of irony and disgust was reserved for those in power, as we see in Zabriskie Point, not those who were searching for how to cope in a difficult new world made in large part by technocrats and their machines. The futility of human endeavors and the permeability and fragility of the flesh were constant themes that found new ways of expression as his work progressed from its neorealist beginnings toward unexplored areas that were new to him and to his audience. The book traces the trajectory of that "adventure" - or that search - for a new means of expression within the context of the feature film.