Fate of Ruby and Throne (Paperback) 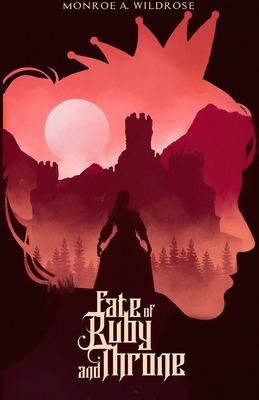 Fate of Ruby and Throne (Paperback)

Georgette dreams of slitting her husband's lying throat and escaping Hallow manor. It's not out of the realm of possibility for the pirate captain, but killing the king won't be without consequence.

By day, the king isn't a threat, and that's disconcerting for Georgette. Fighting to break free from his stronghold, she struggles to reconcile her growing attraction and utter disdain for him.

Princess Mercy faces two battles. One is a battle of wills with her brother, the King of Adamas. The other is an internal battle with dueling realities. As she grieves for her friends, she pines for a life on the high seas, aboard The Siren.

Mercy wants to be the princess her people deserve, but with the handsome Captain Elias Baine at her side, she's decidedly conflicted.

The palace halls prove much more dangerous than a ship's deck for a pirate turned queen, and a princess turned pirate who brave the unknown in search of their destinies.