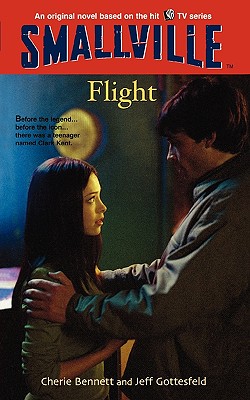 
Usually Ships in 1-5 Days
This fourth adventure based on the WB's hit TV series is by two noted authors who have written screenplays for the show, and follows a young, legendary Clark Kent, Lana Lang, and Lex Luthor, complete with all the thrills and strange happenings that fans of "Smallville" expect.
Cherie Bennett and Jeff Gottesfeld are a writing team whose work includes writing for the WB's Smallville series as well as daytime drama. As a team, they also write Dawson's Creek books and a series for teen girls. This will be their second Smallville novel.