I, Juan de Pareja: The Story of a Great Painter and the Slave He Helped Become a Great Artist (Paperback) 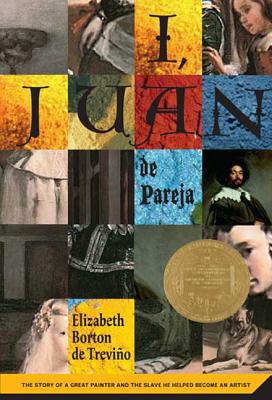 I, Juan de Pareja: The Story of a Great Painter and the Slave He Helped Become a Great Artist (Paperback)

When the great Velázquez was painting his masterpieces at the Spanish court in the seventeenth century, his colors were expertly mixed and his canvases carefully prepared by his slave, Juan de Pareja. In a vibrant novel which depicts both the beauty and the cruelty of the time and place, Elizabeth Borton de Treviño tells the story of Juan, who was born a slave and died an accomplished and respected artist.

Upon the death of his indulgent mistress in Seville, Juan de Pareja was uprooted from the only home he had known and placed in the charge of a vicious gypsy muleteer to be sent north to his mistress's nephew and heir, Diego Velázquez, who recognized at once the intelligence and gentle breeding which were to make Juan his indispensable assistant and companion—and his lifelong friend.

Through Juan's eyes the reader sees Velázquez's delightful family, his working habits and the character of the man, his relations with the shy yet devoted King Philip IV and with his fellow painters, Rubens and Murillo, the climate and customs of Spanish court life. When Velázquez discovers that he and Juan share a love for the art which is his very life, the painter proves his friendship in the most incredible fashion, for in those days it was forbidden by law for slaves to learn or practice the arts. Through the hardships of voyages to Italy, through the illnesses of Velázquez, Juan de Pareja loyally serves until the death of the painter in 1660.

I, Juan de Pareja is the winner of the 1966 Newbery Medal.

Elizabeth Borton de Treviño (1904-2000) was the highly acclaimed author of many books for young people. Born in California, it was her move to Mexico in the 1930s that inspired many of her books, including El Güero: A True Adventure Story and Leona: A Love Story. She won the Newbery Medal in 1966 for I, Juan de Pareja.

“The author creates a fresh and different approach to biographical fiction. The novel is also an eloquent testimonial to the bonds between races.” —School Library Journal, Starred Review

“This brilliant novel captures and holds the attention from its rhythmic opening sentence--‘I, Juan de Pareja, was born into slavery'--all the way through to the end. . . . A splendid book, vivid, unforgettable.” —The New York Times Book Review

“The book is full of memorable scenes . . . Many paths of interest lead from this original, beautifully written story.” —The Horn Book Magazine

“An excellent novel, written in the form of an autobiography, about the painter Velázquez and his Negro slave and assistant, Juan de Pareja . . . [who] was legally prohibited from painting because he was a slave.” —The Bulletin of the Center for Children's Books