Space Is The Place: The Lives And Times Of Sun Ra (Paperback) 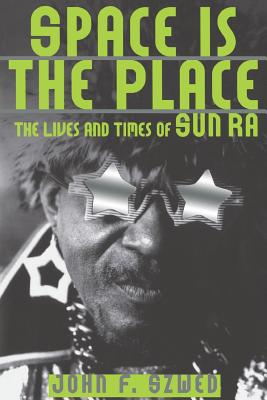 Space Is The Place: The Lives And Times Of Sun Ra (Paperback)

Out of Print
Sun Ra, a.k.a. Herman Poole "Sonny" Blount (1914–1993), has been hailed as "one of the great big-band leaders, pianists, and surrealists of jazz" (New York Times) and as "the missing link between Duke Ellington and Public Enemy" (Rolling Stone). Composer, keyboardist, bandleader, philosopher, poet, and self-proclaimed extraterrestrial from Saturn, Sun Ra led his "Intergalactic Arkestra" of thirty-plus musicians in a career that ranged from boogie-woogie and swing to be-bop, free jazz, fusion, and New Age music. This definitive biography reveals the life, philosophy, and musical growth of one of the twentieth century's greatest avant-garde musicians.
John F. Szwed is Musser Professor of Anthropology, African-American Studies, Music, and American Studies at Yale University. He has written about music for TheVillage Voice, Vibe,the Boston Phoenix, and other publications. He lives in Connecticut.