Black Lives in Alaska: A History of African Americans in the Far Northwest (Paperback) 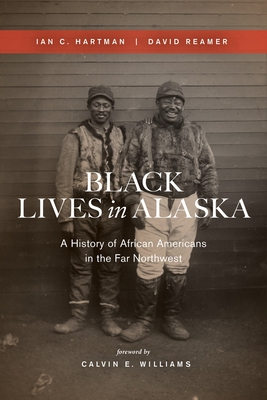 Black Lives in Alaska: A History of African Americans in the Far Northwest (Paperback)

The history of Black Alaskans runs deep and spans generations. Decades before statehood and earlier even than the Klondike gold rush of the 1890s, Black men and women participated in Alaska's politics and culture. They hunted whales, patrolled the seas, built roads, served in the military, and opened businesses, even as they endured racism and fought injustices. Into the twentieth century, Alaska's Black residents were often part of the larger, nationwide freedom struggle. At the same time, Black settlers found themselves in a far different context than elsewhere in the United States, as Alaska's strategic military location, economic reliance on oil, and unique racial landscape influenced how Black Alaskans made a home for themselves in the northwesternmost corner of the country.

Centering the agency and diversity of Black Alaskans, Black Lives in Alaska chronicles how Alaska's Black population, though small, has had an outsized impact on the culture and civic life of the region. Alaska's history of race relations and civil rights reminds the reader that the currents of discrimination and its responses--determination, activism, and perseverance--are American stories that might be explored in the unlikeliest of places.

Ian C. Hartman is associate professor of history at the University of Alaska Anchorage. David Reamer is a public historian and journalist who writes for the Anchorage Daily News. Calvin E. Williams is a community activist and former president of the Alaska Chapter of the National Association for the Advancement of Colored People.