Power and Liberty: Constitutionalism in the American Revolution (Hardcover) 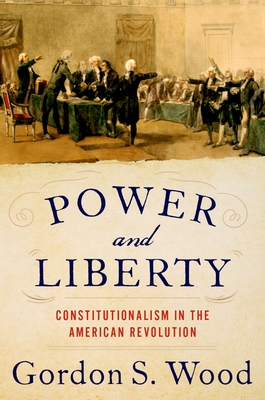 Power and Liberty: Constitutionalism in the American Revolution (Hardcover)


Usually Ships in 1-5 Days
Gordon S. Wood is the Alva O. Way University Professor and Professor of History Emeritus at Brown University. He is the author of many books, including The Creation of the American Republic, 1776-1787, which won the Bancroft Prize and the John H. Dunning Prize of the American Historical Association;The Radicalism of the American Revolution, which won the Pulitzer Prize for History and the Ralph Waldo Emerson Prize; The American Revolution: A History; The Americanization of Benjamin Franklin; Revolutionary Characters: What Made the Founders Different, which was a New York Times bestseller;Empire of Liberty: A History of the Early Republic, 1789-1815 (OUP, 2009), which was a finalist for the Pulitzer Prize and winner of the American History Book Prize from the New-York Historical Society; and Friends Divided: John Adams and Thomas Jefferson. He is a regular reviewer for the New YorkReview of Books.