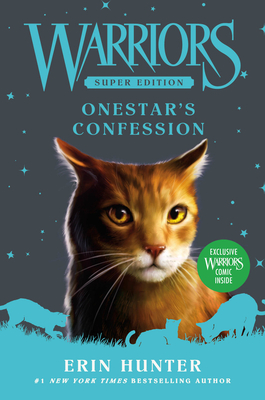 This is book number 15 in the Warriors Super Edition series.

In this Super Edition, follow the journey of WindClan’s Onestar, destined to lead his Clan through battle, hardship, and the long journey to the lake territories—and pay the price of the checkered legacy he left behind.

As a young WindClan warrior, Onewhisker never thought he would one day become Clan leader. But when he is unexpectedly chosen by Tallstar as his successor, Onestar must learn to guide his Clanmates through the hardships of forging a new life in unknown territory—and face the deadly consequences of a mistake he tried to bury in the past.

Join the legion of fans who have discovered the epic adventures, fierce warrior cats, and the thrilling fantasy world of the mega-bestselling Warriors series. This stand-alone entry is perfect for new readers and dedicated fans alike.